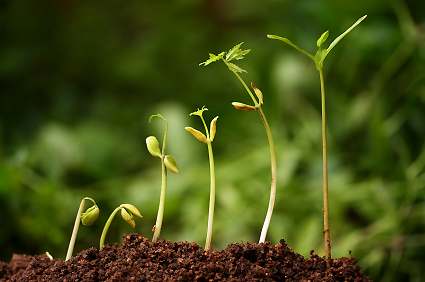 Why certain phyto seeds are said to be anti-cancer

NOTE: Mycoalkonics does not expressly recommend that you start chewing on raw phyto-seeds or buy off-the-shelf Vitamin B17, etc, but intends to give you a picture of phyto-material as natural anti-fungals. There is no single 'miracle' antidote for cancer and Mycoalkonics recommends that you look at the fundamentals of Mycoalkonics first.

Phyto organisms, unlike most fauna organisms, are not mobile but are rooted at one place where they germinate and mature. Thus, they are blessed with built-in bionics to counter the adversity of nature in the wild where they grow, especially during seed germination phase.

Environmental conditions aside, a notorious component of this adversity are pests, flora and fauna alike, of dimensions ranging from within human sight or completely invisible to the naked eye; not forgetting the fungi family of pests.  Fungi have superior survival tactics and strategies which are predatory, opportunistic and parasitic.  It is one of the most persistent scourge of living forms on this planet.

You will find that though some matured phyto organisms may succumb to fungal attack, their seeds can defend themselves from fungal attack while they germinate. This is part of nature's blessings. In fact sprouts from seeds can be harvested for therapeutic uses as they contain vital enzymes and also phyto compounds which are adverse to bacteria, viruses and fungi.

Examples of seeds which have been known to be anti-fungal are raw seeds from common edible fruits such as apple, lemon, all types of limes, apricot, peach, pear, passion fruit, papaya, promegranate, and watermelon. Other types of seeds have their special anti-fungal properties such as almond, walnut, chestnut, beans, and grains.


Only cells with a certain enzyme can digest nitrilosides

The anti-fungal component in the phyto seeds which is lethal to fungi is a class of compounds called nitrilosides, alternatively called amygdaline (amygdalin) and laetrile. It is given the commercial name Vitamin B-17; is water-soluble and is considered to be one of the bio-actives.

In fact nitrilosides are found in hundreds of raw phyto substances which are edible such as seeds, tubers, nuts, grains, and sprouts. The chemical composition of nitriloside is two glucose-like portion; one glucose molecule having at its core a benzaldehyde component, and the other glucose molecule having at its core a cyanate component.  Nitrilosides are highly stable compounds and pose no harm to human or animals who imbibed them because the benzaldehyde and cyanate components are safely 'locked' in by the chemical bonds.

Nitrilosides can be 'digested' or broken down into simpler compounds by, for example the enzymes found in fungi, such as beta-glucosidase. As this enzyme secreted by the fungus cells 'digest' the nitriloside molecule (which being a 'glucose-variant' is targetted by fungus cells), the benzaldehyde and cyanate compounds are released thus killing the fungus cells.

The beta-glucosidase enzyme is found largely in cancer cells and this is the reason why it had a history of being under focus to be developed as an anti-cancer compound. The 'laetrile episode' as it was once noted, had some twists and turns and later became totally relegated to the backwaters of 'once-upon-a-time' quackery or something like that. Much loss in focus was happening at that time and you will find that this 'laetrile episode' is often mentioned as having 'no scientific evidence of laetrile effectiveness against cancer' or something to that effect.

The key finding from this nitriloside 'story' is the beta-glucosidase enzyme which is largely found in fungus cells.  A natural follow-up of this finding would naturally be a look at whether cancer cells are ACTUALLY fungus cells, given the large amounts of this enzyme emanating from cancer cells, rather than trying to find out under what circumstances laetrile works and under which it does not work, because such tests are specific and irrelevant to the more cogent issue that is: Study further the etiology, morphology and whatever -logy of fungus in causing cancer. The evidences are mountingly more than just coincidences. 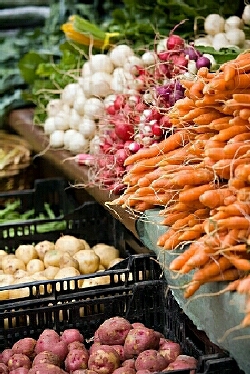 Strangely the nitriloside discovery did not seem to compel the cancer research laboratories (on a wide-scale) to find out what is causing cancer cells (which are supposedly mutated human cells) to secrete the enzyme beta-glucosidase.

The key question that begs straight-to-the-point answers (lacking currently) is: Is there such a basis to conclude that human cells mutate to a form which enable these so-called 'mutated human cells' to produce beta-glucosidase like fungus cells do? There is currently not enough research being done in this direction. However, reports from various small groups of independent researchers have shown that the cells at the core of cancer tumours, benign or malignant, are in fact analogous to the DNA of fungus cells. For example Dr Tullio Simoncini has written a book on the subject of cancer cells as fungus cells.

We are not proposing you start munching on raw seeds, grains, tubers, etc to get the anti-cancer actives. What we are proposing is much more fundamental than this. However, it does not hurt to chew on some seeds every now and then such as lemon seeds, apple seeds, say once in two or three weeks, as you eat your apple or making lemonade drink. We believe no one can overdoze on lemon or apple seeds because these seeds are not exactly appetizing or palatable.  But given the facts that cancer cells might very well be fungus cells, it does not hurt you so badly to chew on some of these seeds. Happy munching on raw edible seeds, nuts, and tubers.