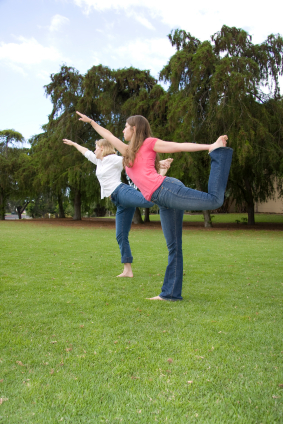 The truth of cancer cells being averse to oxygen has never been given its due respect and persistently been relegated to the backyards of so-called grey areas of scientific discoveries. Oxygen effect on cancer cells is a grey area in scientific research and irrelevant to the public, so they say, and is often stereotyped as a topic fit only for researchers as no substantive conclusion (and so it seems) has ever been cast on the so-called 'mystery' of why cancer cells behave strangely -- they can survive without oxygen and oxygen can in fact kill them.

This sad case of tunnel-vision has somehow restricted further research into how oxygen can be utilized as a therapy for cancer patients. There are so many factual data and discovereis that can be stacked up against taking the unskilful and self-impoverishing stance of thinking that cancer cells are 'mysterious' human cells behaving abnormally for certain reasons including 'mutation'.

Even if one were to make hypotheses that the nasty abnormality of cancer cells might be explained by the very nature of cancer cells of being transformed into some 'alien' cells, would that hypothesis be so harmful as to overturn all scientific sanity? It is part of the scientific philosophy to come up with some hypothesis and then try to prove it wrong. In characterizing cancer cells and developing a sensible model of its behavior, can one be so blind as not to see that when cells ferment sugar, it has behavioral attributes analogous to fungus cells. Is it very harmful for everyone to begin to take some breathing exercises in the hope that proper oxygenation of the body will stop fungus growth for those who have signs of abnormal tumor growth; in the hope that post-oncological operation health management can be enhanced for those who have undergone invasive treatment of cancer; and in the hope that cancer morbidity does not arise for those who are hale and hearty. 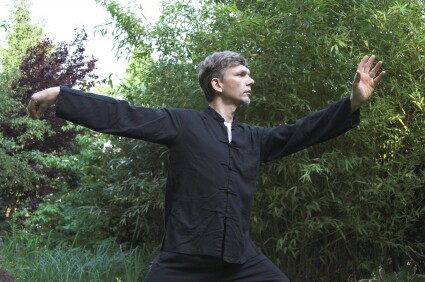 Our breath has an impact on health

Putting the hyperbaric oxgyen treatment aside for the moment, Oriental/Indian traditional physical exercises not only focus on breathing but it is obvious that the exercises and stretching motions directly engage the parenchyma (systemic organs) and the stroma (the bones, muscles, sinews, etc). This can be viewed as an expedient way to free any areas in the body where somehow it has become alienated from the whole system (holistic system) due to various reasons of poor blood circulation, below par neuro-bioelectric flux, and whatever flow which is hitherto not discovered by Western Science.

In fact the Chinese Qi Gong exercises is not a standalone principle but is integral to the principles of the acupuncture meridian points in the human body and the total concept of the "Interdependent 5 Elements" in Chinese physiology. The acupuncture meridian points were for many years in the past once pooh-poohed by Western Science. It is now accepted as a sort of 4th 'dimension' network in addition to the classical networks: Haemotologic (blood), Lymphatic, and Neurologic networks.

The Oriental/Ayurvedic princples behind human breath and its adjunctive benefits and impacts to the body may not be so easily comprehended by Western Science, and this is made more so by the inability to characterise Qi using Western Scientific premises, which is more complex than the non-classical bioelectricity known to Western Science.

Self-practice of Qi Gong has been invesigated to have favorable effects on cancer patients and is more than psychological 'euphoria' and 'positive mindedness'1. Even External Qi Treatment (EQT) as discussed in a paper by Journal of International Society of Life Information Science, has shown favorable effects on cancer patients. However, the experimental data for EQT effectiveness has not been presented in a water-tight fashion as demanded by scientific standards due to many challenges, mainly because of the way the framework of trials and experiments were conducted and also due to the subjective nature of the treatment (involving various Qi Gong Masters), the results could not be collated convincingly. Anyhow, to wait for solid scientific proof to come up before you start to try Qi Gong, or for that matter any other physical exercises which has sensible claims to therapeutic effects, (in the hope that it will enhance your cancer treatment), is just too foolish.

Can a mere 30 minutes practice of deep breathing exercises in the Hatha Yoga way maim you? Can a regimented practice of Qi Gong make you go berzerk with ill-health? These exercises are neither mere physical nor mere psychological. They are much more complex that what even Western Science can fathom. When claims of Oriental/Yoga physical exercises being able to help cancer patients were thrown into the limelight many years ago, the initial reaction was that these claims were not far away from being mere psychological: 'Think positive', 'auto-suggestion', mental attitude, etc.

NOTE: Even though some say that Qi Gong, Tai Qi, Yoga are NOT breathing exercises, let the reader be reminded that nothing in human life can be carried out without breathing. Furthermore, in certain self-focussed exercises such as Qi Gong, Tai Chi, Yoga, etc, the often times taken-for-granted breathing process can be VERY APPARENT to the practiser (even at times amazingly apparent) all because the 'one-ness' of the individuality is hinged on breathing, which somehow has a 'sacred' signal that one is 'alive' and the 'thankfulness' which comes along with such awareness of being alive and well is by itself the energy that carries the life-contiuum. Little wonder special physical exercises can take up the challenge to deal with the very elements which tend to prevent life, such as debilitating cancer, diabetes, and cardiovascular diseases.