Diabetes can be viewed as a form of 'possession' 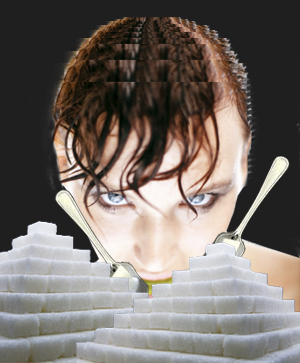 If one observes carefully the dilemma of a diabetic, the sufferers are more than just sufferers, in the sense that diabetic sufferers are virtually unafraid of the consequences of diabetes which include, but not limited to, blindness, kidney failure and amputation of limbs for those afflicted with necrotic wounds at peripheral regions of their bodies.

Doesn't diabetics see the dire straits of what diabetes can lead to? How is it that a 'wasting away' of the body does not seem to 'educate' them to stay away from an 'exorbitant' gustatory love for sweetness.

Isn't it wrong to link diabetes to a form of 'addiction' (which is milder than calling it a 'possession'). A relentless search in the information superhighway, books, journals, etc drew a blank many times over about diabetes being seen as an 'addictive' disease. Is there any piece of research paper which can allude diabetes to being an 'addictive' condition?

The term 'addiction' does not seem to apply to diabetes because there has never been any known research into the 'intoxicating' and 'addictive' effects of glucose, fructose, sucrose and whatever. To say sugars are 'intoxicating' does not seem to make sense. Note that sugars are the precursors of alcohol, but we are talking about sugars here not its known by-products.

However, note very carefully here that ethanol is actually a by-product of anaerobic fermentation of blood-sugars and most types of fungi cells use anaerobic fermentation to derive bio-chemical energy. We are not sure whether ethanol has anything to do with the 'addiction' but the bio-chemical researchers should pursue this and provide objective data. 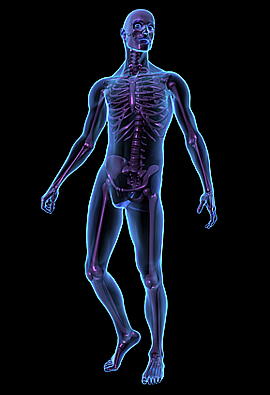 Internal fungi is likely the cause.

It is by far one of the most profound paradox that has troubled researchers -- the emotion of diabetics for sweet stuff. Are diabetic sufferers actually 'possessed' by some phenomena which 'made' them somehow develop gradually a morbid love for sugar until they die. If so, What is that something? The source should come from inside the human body, and incidentally that is what 'possession' is all about. Is diabetes a possession of the mind, because the mind interprets gustatory (tongue, taste) sense pleasures. It seems complicated. What is actually going on inside the human body and mind to result in a human to possess a morbid-love of sugar?

Such a train of thought regarding a possibility that diabetes concerns a 'possession'-like malady is not unfounded because a great majority of diabetics is facing a strong emotion here; an emotion so strong that to miss the connection of the diabetic emotion as being of an 'addictive' nature is virtually a deliberate gullibility.

There are sources of repute talking about yeast, Candidiasis, and its bad effects on sufferers and some of these sources do touch on the fact that the emotional love for sugars in a diabetic is in parallel to the physiological 'love' for sugars by fungus metabolising sugars which is about 5% efficient in deriving bio-chemical energy (ATP) when compared to human cells. Is this parallelism just plain coincidence without any correlation altogether. We do not think so.

It came to be that several cases of diabetic conditions which we had encountered showed greatly reduced desire for sugars thus responding positively to an alkalization diet (as used successfully for candidiasis or yeast infections) SOLIDLY indicates a peculiar characterizations of diabetes. We are seeing a certain correlation between fungus propensity for fermenting sugars round the clock and the diabetic propensity for a sweet diet.

There is ndeed a basis for the development of an abnormal gustatory love for sweet stuff and the basis is coming from inside the individual: There is high possibility the root cause is a class of pathogenic fungi. Due to current lack of confirmation on this, we are developing a beneficent suspicion. The beauty is that this beneficent suspicion naturally requires alkalization as a solution, and it works. The sample size may be small currently but if the scientific researchers take this seriously as an experiment, a beneficent suspicion could be turned into a conjecture and later a theory.