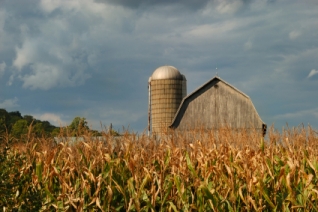 Mycotoxins not talked about

The destructive dangers of mycotoxins (fungal poisons) in the human food supply chain have been, sadly, understated for scores of years.  The only scheduled monitored mycotoxin is aflatoxin from the Aspergillus variety which had been identified as causing hepatic (liver) toxicosis. There are many other forms of mycotoxins which invariably end up inside the human system due to carelessness, nonchalance, ignorance and a host of other reasons all stemming from inadequate focus on these toxins.  Even poultry feed can be mycotoxic due to the inclusion of fungal-attacked grains such as corn, millet, or wheat.  It is sad to find that discarded grains could end up as poultry feed production.  More

Why stop at aflatoxin?  There are various reasons given such as difficulty in standardization and detection.  So it  remains a recalcitrant issue and it gives the impression that the horticultural scientiifc fraternity is powerless in continuously finding ways to reduce the mycotoxin threat from the food supply chain.

It is not very hard to find the links between mycotoxins and certain 'degenerative' and 'chronic' ailments which do not respond to conventional medical treatments such as against bacteria and viruses. What are these degenerative diseases?   Some of the widespread ones are the so-called 'incorrect lifestyle' diseases such as diabetes, stroke, cardiovascular ailments, arthritis, osteoporosis, and cancer. How do we reconcile the seemingly divergent views on the root cause of degenerative diseases -- 'incorrect lifestyle' versus 'mycotoxins'.

Drill to the primary cause

To Mycoalkonics, incorrect lifestyle is the secondary cause and NEVER the primary cause.  Look carefully.  How can a diabetic patient become surrounded with 'accessory' ailments which can potentially terminate kidney function, optical function, heart function, and even brain function; and not only that diabetic usually has to face some form of skin disease (itchiness) or necrotic gangrene as part of peripheral vascular disease?   It just does not make sense that poor lifestyle can bring about 'creeping' diseases which systematically 'shut' down vital organs.  It does not add up.  There is something more than just poor lifestyle creeping around the body.   Some will argue that lack of exercise is the cause, but to be circumspective, a lack of exercise is just a 'warning' signal to people who has much higher food input (carbs and fats) than energy output (expending energy).  Fasting and scrounging on carbs and fats DO NOT help a diabetic patient recover but is just a diet management.  It seems that diabetes is a lifelong disease which require daily monitoring.  But is that so? 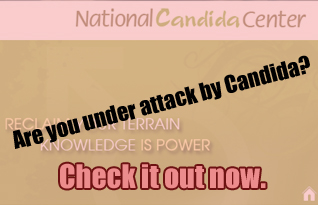 If we look at what mycotoxins can do the human body system -- affecting systemic organs and processes, as well as neurons -- can we be so bigoted or dogmatic to keep on disallowing ourselves to avoid looking at the similarities between the effects of mycotoxin on the human body and the wasting away of a diabetic patient: The eyes of a diabetic may go blind because the neurons are being attacked by mycotoxins; kidney failure is due to inflammatory lesions caused by mycotoxins. Cardiovascular diseases are due to the mycotoxins acting on the heart muscles. More

The additional fact is that the human body is already a host to a class of fungi called Candida.  What makes you think that this class of Candida fungi is not prone to causing problems.  Candida too produces mycotoxins as part of their metabolates.  Fungi are adept at 'mushrooming' themselves into an aggregate to entrench themselves; and this 'mushrooming' is what we see as cancer tumors. When the cell aggregates are built on the surface of the circulatory vessels, aren't these adhesion plaques which cause thrombosis, stenosis, and artherosclerosis?

Beneficent Suspicon
What generates mycotoxins but myco (fungi)?   So?  Is it a deadly crime to oneself, to your loved one, or to a friend to suspect that internal toxigenic and pathogenic fungi are the root cause rather than just SWALLOWING THE CONVENTIONAL REASON that diabetes is an 'incorrect lifestyle' disease. Mycoalkonics have seen so many diabetic patients who came around and became happier in managing their health using a BENEFICENT SUSPCION that diabetes is caused by fungi and then proceed to conquer the fungi by ingesting alkaline-forming foods and drinks, imbibe anti-fungals and drink Pu-Erh tea.

If the solutions of ingesting alkaline-forming foods and drinks, imbibing anti-fungals and drinking Pu-Erh tea can alleviate diabetes and its accessory or adjunctive ailements such as peripheral vascular disease, skin disease and necrotic gangrenes, you mean the BENEFICENT SUSPICION that fungi is the root cause DOES NOT matter at all.

The main thing is that the solution works.  If the solution works, the BENEFICENT SUSPICION is not a suspicion anymore, but a personal conviction that toxigenic and pathogenic fungi are truly the root cause.  Now, it is just a matter of waiting for the medical science taking steps to prove this BENEFICENT SUSPICION wrong.  And while they try to do this (which Mycoalkonics does not feel hopeful at all currently) are you going to just sit around and wait for the ultimate confirmation that pathogenic fungi is behind degenerative diseases.  We don't think you would be that careless.  It is time you refuse to be impoverished in your mind as well as in your finances.