The book "The Beneficent Suspicions" had elicited many questions on the suspected target -- a pathogenic microbe -- as the etiologic factor behind chronic diseases.  Current understanding of chronic diseases, to Mycoalkonics, is missing the trees from the forest. Though admittedly there is not enough study in the field of pathological science in this direction (for reasons best known to them and even for the suspected commercial reasons) we should not sit tight and wait for the medical mainstream to tell us the facts.

The fact that Hyperbaric Oxygen Treatment or Therapy (HBOT) does actually bring astounding results to solve diabrenec (diabetes-related-necrosis) or gangrenous wounds (which are adjunctive to diabetes) is another factual evidence that lend credence to the suspicion or possibility that a pathogen is involved. It is known that some pathogenic microbes can be killed by oxygen therapy.

There are hospitals around the world (mostly in the West) where HBOT is provided; an example is at Adventist La Grange Memorial Hospital where diabetic patients suffering from traumatic and difficult to heal wounds, are given such treatments thus circumventing the eventuality of limb amputation. Another example is given in an advertisement in a periodical magazine (picture right).

With the high suspicion on pathogenic fungi behind degenerative diseases, HBOT holds promise as a potential killer of pathogenic microbes including pathogenic fungi. However, strangely, HBOT is afflicted with limited research to expand its usage to address a wider spectrum of degenerative ailments.

One thing to note from HBOT is it has been used successfully to treat recalcitrant necrotic gangrene in diabetic patients where antibiotics and debridement fail miserably. There is an approved list of indications which HBOT can be administered and is governed by the Hyperbaric Oxygen Therapy Committee1. In that list of indications, there are two conditions which are similar to peripheral vascular diseases (PVD):

1. Clostridial Myositis and Myonecrosis (Gas Gangrene)
-- a condition where the Clostridium bacterium infects a wound and its metabolate (hydrogen sulphide gas molecules) seep into the surrounding tissues thus contributing to the 'purplish' hue. Some diabetic patients present this indication.


2. Necrotizing Soft Tissue Infections
-- a condition where the human flesh, for example in the extremities of the body (fingers, toes, ear lobes, mouth, eye, etc) waste away for certain reasons or otherwise are secondary effects of radiation therapy in soft tissue cancer.

The contention that oxygen will aggravate the angiogenesis2 condition for cancer cells (which would not be favorable because cancer will gain more access to oxygen supply from the body) has not been shown to be true. If fungi cells are actually behind degenerative diseases and cancer, angiogenesis will actually work against neoplastic conditions. There are more benefits to be had from skilful and expedient use of HBOT to bring more hope to many 'hopeless' or 'incurable' conditions. There has been success in using HBOT for 'off-label' treatments such as diabetes, strokes, and cancers.

HBOT originated from a specialized field of medical practice which caters to alleviating the human disorders which arise from compression and decompression in external pressure on the human physical body and brain, for example as experienced by deep sea divers, deep underground miners, and working at high altitudes. This specialized treatment has been introduced since the 1930s. 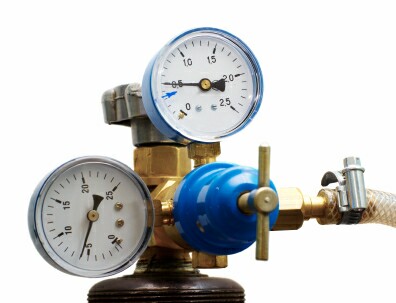